Riding a motorcycle in rural areas can be a great way to get some practice miles in for new riders, or a peaceful ride for those who are used to having to weave through traffic, but there can also be some drawbacks as well. So, what makes these areas a good or bad place to ride? Well, here are the main reasons why riding in a rural area can make for a great trip, or why a rural area could be more of a hazard.

Unlike the cramped cities that create multiple lanes of traffic and issues with safety in regards to lane splitting, rural areas offer an openness that other places can’t compete with. Riding through a rural area will give you time to speed up and stay at a decent pace for a majority of the time, and allow you to have a worry-free time while riding.

The freeways of a fast-paced city can be a pain to navigate through, even when you don’t have to sit behind cars all the way to your destination. But rural areas offer open space so that you don’t have to constantly ride with other vehicles right next to you.

However, this could also make for a boring ride when there is nothing to look at. Nice scenic routes will keep your senses occupied and focused, but with rural areas that have large stretches of dirt and gravel, you may start to drift off a bit. This can be dangerous for those who aren’t used to it and could end up causing some issues.

When it comes to riding in city areas, the slow speed that you may be forced to stay at can get very frustrating, very quickly. Being stuck in tight traffic and having to slow down to maneuver around vehicles that are packed together can be annoying, to say the least.

Rural areas offer riders a more open space that allows you to speed up and keep a consistent pace while riding to make getting to where you’re going much easier. You don’t want to have a powerful bike just to be stuck at a crawl that doesn’t let you flex your motorcycle’s muscles.

So, riding in rural areas can get you the most out of your bike and allow you to test the limits of what your bike can do, without having to slow down because of pesky traffic.

However, this could become an issue as well. Just like when you are driving a vehicle, you may begin to feel like you have to speed up to get passed the long stretches of land. This could cause you to speed up too much and earn you a speeding ticket, or you could end up losing control of your vehicle. When riding a motorcycle, you can have the same issue, and it could cost you in the end.

One issue that you may need to consider thoughtfully when riding in rural areas is the weather conditions. This may be a positive or negative thing depending on the weather when riding, and it could make it safer or more dangerous.

If the weather is nice and sunny, then riding through long stretches that let you spread out and feel at peace when riding could be great. However, if there are routes with terrible road conditions, then you could end up in a bad situation.

Rural areas during a rainstorm could cause the road to flood with mud because of the water mixing with all the dirt on the side of the road. This could be a huge issue for riders caught in a long stretch of road without any towns nearby.

Thunder and lightning storms are also an issue because of the risk of falling power lines. This can be a high risk when in the city as well, but with other cars, buildings, and other items in the way, you are unlikely to be affected. But in a rural area with nothing else around, your chances of getting struck increase significantly. So, this is something that you should think about when riding through rural areas.

The risk of wildlife affecting your ride while in a major city or suburb may sound a bit strange. Well, it is, because this is not something that you will likely encounter when riding. However, in more rural areas, this could be a much bigger issue than you might think.

In areas where there are more animals roaming free, there is always a higher chance of wildlife wandering onto the road. For riders who have become accustomed to highway and suburban street riding, this could cause some major problems.

Luckily, in most areas, there will be signs that warn riders and drivers that certain types of animals are known to be in the area. This can help you be more aware of being in an area of land where animals have been seen near the road before. However, if you come face to face with wildlife, what do you do?

Well, the first thing that you should do when riding on a ride marked for possible wildlife is ride defensively and not offensively. This means that you should slow your speed a bit, and watch for animals nearby.

Sometimes, if you know that no one is around you, then you may see an animal on the road and be able to swerve around it. But if you have other riders or drivers nearby, you can’t always afford to do that. So, knowing what you will, and can do, in that situation will help keep you safer on the road – even if you encounter wildlife.

If you are hoping to take a long ride in a rural area, then you have likely thought about the difference in the amount of fuel that will be used. Similarly, to cars driving on the streets, compared to highway driving, you can also save some fuel by riding on a rural road.

The difference between sitting in traffic or having to strategically dodge cars on the street can cause more wear and tear on your bike, and cost you more fuel. So, if you are on a more open rural road, then you will get better gas mileage and be able to go further on the gas in your tank.

Riding through open roads and seeing fields surrounding you may make you feel like you have a lower risk of an accident while riding. However, a National Highway Traffic Safety Administration (NHTSA) study shows that this may not be the case.

According to the NHTSA, there is a 42% higher rate of fatal crashes of rural roads when compared to busy stretches of highway and city streets. Around 4% of these fatal crashes were from those riding a motorcycle.

This increased rate could be due to wildlife wandering onto the road, a rider losing control because of weather conditions, or because a rider is trying new things on an open road where they believe it to be safer. Whatever the case may be, the fatality numbers are higher in rural areas, so riding on these roads could end up costing a lot more than some insurance money.

For those riders who like trying out new things, a rural area with no one around may seem like the perfect place to practice. And, although this is much safer than doing tricks on a street or freeway, this could end up causing you problems in the end.

Riders who are more comfortable on their bikes may want to test out their tight cornering skills when they see an area with no other cars or bikes around. However, the rates of accidents and fatalities that come from these types of accidents are increased in rural areas because of this.

This is likely linked to the fact the avid riders will not try out these skills on a city street or freeway since they know the risks, but it doesn’t change the fact that the number of accidents is higher on these roads.

Whether or not you feel comfortable riding your motorcycle on rural streets, you should still be aware that you could get into an accident even with no one around. In fact, the study that was mentioned earlier talked about the number of single-rider accidents being higher in rural areas. This means that many were riding alone and lost control of the bike.

So, even though you may feel safer testing out your riding skills with few vehicles around, remember that you still have a high chance of crashing and getting injured even when on these types of roads.

Whether you are thinking about going for a long trip, or you just want a short day-ride to a rural area, remember that there are things that you need to think about before riding however you want. City riding may seem like a more dangerous pastime, but rural areas can be a dangerous alternative if you aren’t prepared. So, know what you’re getting into before heading out on a rural road. 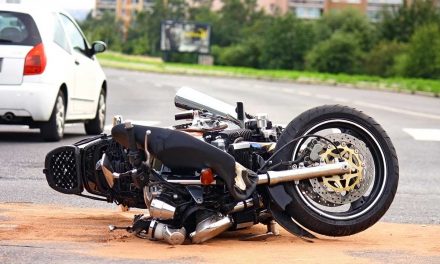 Average Motorcycle Insurance in the USA

How Much Does It Cost To Own A Motorcycle

What is the Best Motorcycle Engine Size to Start on?

Riding in the City